JUSTIN CHRISTOPHER AYD
"Eric and his mother were in a car accident. He survived. She didn't. Days pass. Eric is alone and needs to get back out in the world. He gets a new job. His friends come over. What transpires is a calm and quiet meditation for the 20 year-old Eric." 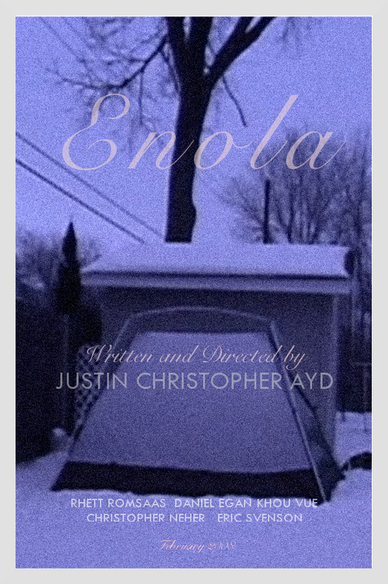 Enola showcases some of the contemplative cinema I discovered in my mid to late teens, and also demonstrates certain styles that I was experimenting with, including inspiration from such filmmakers as Paul Thomas Anderson, Robert Altman and Michael Mann, both psychologically and photographically speaking.

We started shooting Enola in January 2006, completed the film in December 2007, and finally held the first and only public screening in February 2008.
Clip • Welcome Home

Polaroids from the shoot.
Powered by